[I had written this post in Oct 2020. Bollyviewer was going to add her signature screenshots with captions before posting it on this blog. I pondered if I should bother with them now. But having always enjoyed her style, I decided to give it a go.]

Azadi, freedom…what thoughts do these words bring to your mind? For me, it brings to mind open fields, blue and sunny skies, laughter, pleasure, feeling of contentment. Azadi can mean different things for different people. For some it could mean a safe roof over their head, for some others the opportunity to gain education and work in a desired field, for yet others it could mean the freedom to love the person of their choice, to live the way they please or even just the chance to frolic around without worry. For a lot of women the world over, and in India, it has meant a lot of these things together. Social conventions and age-old traditions have decreed that girls in India learn from childhood to mold their behavior and suppress their dreams and desires to please others. But how long can you keep telling a chained soul that she is free? Can traditions and social mores prevent the dreamer from dreaming or the rational from questioning? And what can be more beautiful to experience than freedom, once attained?

END_OF_DOCUMENT_TOKEN_TO_BE_REPLACED

I was full of enthusiasm at the start of this weekend. I had just finished drafting a new post and wanted to publish it. But once in WordPress, I couldn’t get the formatting right. I just wanted to format the post title and screenshots in WordPress, but have ended up changing the appearance theme! Apparently once activated, I cannot go back to the previous theme, which by the way, is not available in WordPress anymore. With the new theme I also lost the header images. Fortunately, I could find those back in Bollyviewer’s data but I am unable to make the images fit on the blog header such that they appear as a whole for mobile and tablet viewing.

So, I think this weekend will be dedicated to WordPress. I hope that I will be able to solve the issues and get down to the real business of blogging before next weekend! If you have any tips for me, please do let me know.

In the meantime, I am listening to this song:

Update: Switching to another theme seems to have helped.

When I last posted on this blog, I was sure I would be working on Bollyviewer’s posts immediately to keep this blog alive and importantly, for myself, to remain connected with the blogging world, a connection that I have enjoyed via Bollyviewer all these years. It was easier said than done! Not wanting to face that sense of loss, which intensified every time I opened one of her incomplete posts, I preferred to distract myself with the demands of routine life – work and family. Which only made it more difficult to start with again. That was until a few weeks ago, when I received a mail from Anu, asking how I was. That little message, a reminder of the world that I have more or less disconnected from in the last year, but which I realize I have been missing, has given me the push to start again. Thank you, Anu!

So, here is one of the posts that Bollyviewer was working on and on which we had had lots of fun discussing, even through her illness.

Perhaps you might think, as did I, that Pride and Prejudice has been done to death in films and series. There are so many versions of this (longtime favorite of ours) story, on celluloid, that the plot now appears staid and repetitive; and the dialogues are so well known, that the words seem to have lost meaning. Well, then you haven’t contended with Bollyviewer’s take on it. And I am not talking about the fantasy casting coup that she and our youngest sister carried out earlier, with some really interesting contributions from the readers, but about Pride and Prejudice: The “Bollywood” Musical.

END_OF_DOCUMENT_TOKEN_TO_BE_REPLACED

Dear readers of Masala Punch, Bollyviewer is no more. My sister and founder of this and a previous blog (Old is Gold) died in February as a consequence of cancer. Bollyviewer was so full of life and so interested in observing and participating in its ups and downs, that it is difficult for me to accept that I will no longer be talking with her or hearing her beautifully acidic comments on the world and its stories. It is difficult to accept that I will no longer be having fun, discussing Bollywood movies with her or hear her planning for her next blog post. Because yes, although she had not been posting actively on this blog in the last years, she was still full of plans for her future posts. Bollyviewer had so much more to say to the world and to hear from the blogging community, where she had found kindred souls and formed deep attachments. Thank you dear Anu, dear Madhu for the heart-warming tributes to Bollyviewer.

Bollyviewer enjoyed her life but she was also a realist and knew when the end was near. Her only sorrow then was that she was not allowed to end her life with dignity, at a moment of her choosing, but had to endure as it slowly and painfully drained away.

In the last year Bollyviewer and I had started with some posts, which I hope to share in the coming weeks and months. For now, here is one of her old posts, which I had enjoyed a lot. She had created this whole post after I happened to remark that the movie seemed full of “gobhi ke parathe”!

END_OF_DOCUMENT_TOKEN_TO_BE_REPLACED

India is afire with protests against the country’s new citizenship law (CAA). To those of us who have been watching fascism’s brutal take-over of India with growing dismay, the last couple of months have brought dawning hope. The people have finally risen against injustice and tyranny. 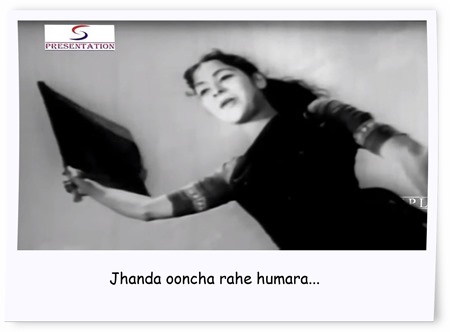 END_OF_DOCUMENT_TOKEN_TO_BE_REPLACED

While I love blogging, in the past few years I’ve found it very hard to write. There are multiple unfinished posts on my hard drive, and I have little energy to complete them.  So when my younger sister offered to write a post for me, I jumped at the chance! She wrote this months ago, and has been wondering when her post will be published. So without further ado, over to BollySpektator. Hope this is the first of many of her posts….

I recently watched the movie Ae Dil Hai Mushkil (ADHM) and it made me think. Yes, really. What if the movie-makers had given the vacant characters a real life? What if these characters had jobs or were shown to care about something other than themselves? What if they hadn’t chopped off Fawad Khan’s role? Would the film have touched a chord with me then?

END_OF_DOCUMENT_TOKEN_TO_BE_REPLACED

Like me, you must have seen countless ads that tell you how using XXX product will get you the attention of beautiful, sexy women. But how often have you seen a gender-flip version of that – a product that promises the attentions of a sexy, beautiful man? If you don’t count Fair & Lovely, and I don’t because that only gets you a ‘good husband’, I can’t think of anything! So this Oppo F5 ad is unusual. Clocking in at over 13 minutes, it is a bit more than an ad, but given how central the product is to the plot, and how prominently it is displayed throughout, I cannot think of it as anything but an ad.

And in case you don’t have 13 minutes and 27 seconds to watch this, here’s a quick summary. Aditi (Kriti Kharbanda) has bought the F5 phone as a valentine gift for her long time boy friend (?) who chooses THE ROMANTIC DAY to break up with her. A while later, she decides to switch on the phone and try it herself. Naturally, her fingers dial the most familiar number of all – and instantly Siddharth Malhotra appears to tell her off for chasing after the ex and neglecting her goal of becoming a supermodel. Over the next few weeks/months, he (and the phone) help Aditi train for a modeling competition. You can imagine what happens next…

One may, of course, point to the fact that the ad talks about the woman’s looks and how they may be improved, but I’ll stick to the positives, instead.

It is re-union time again! In masala-land, a re-union does not need a reason, but a rhyme (and music) is always welcome. When Madhu posted her Aankhen songs list, Anu also wanted to post about filmi eyes and I am always happy to join a song-n-dance party. So we planned our re-union party, with songs about eyes – Anu decided to bring Nigaahein songs to the party, Madhu opted for Nazar, and I settled on Naina songs.

END_OF_DOCUMENT_TOKEN_TO_BE_REPLACED

Vidya Balan, in and as the eponymous jasoos? Sounds like a film right up my street. I somehow missed catching this in the theatres and then could not get my hands on the DVD. So when it showed up on youtube’s suggested videos last weekend, I had to see it right away. Even though it was 1:00am and sleep was threatening to get in the way. And I am glad that I watched. Yes, it is fun. Yes, it gets plus points for a story that focuses on a woman building her career and not letting such trivial things as cute men get in the way of her happily-ever-after. And yes, the film had its faults. But more on that later. First the good stuff.

END_OF_DOCUMENT_TOKEN_TO_BE_REPLACED

In the two years I spent in India, I did my best to avoid becoming re-acquainted with Indian TV. From interminably boring soap operas and reality shows to horrendously banal “breaking news”, and “music channels” that play the same three songs on an endless loop, it was mostly bad. The only tiny little ray of sunshine on this dark horizon was was Zindagi – a new channel that telecast Pakistani series. I have very fond memories of old Pakistani TV series and was delighted to see some new ones. (They’re not a patch on my favourite dramas of yore, but that is a gripe for another day.) Today, I want to talk about one of the few new Pakistani series that I liked quite a lot. Zindagi Gulzar Hai is an interesting romantic series starring the oh-so-good-looking Fawad Khan (yes, I admit that that was my main motivation for watching!). It is very well made, with a strong female character, lots of believable drama and a happily-ever-after end. It does have some major flaws (more on that later) but on the whole, it is a lovely series and, more importantly, way better than anything else I saw on Indian TV.